Lecture 25: Interview with a Priest

I was glad to recently find that my article from Journal of Anglican Studies on the Episcopal Church in Jordan was included in this annotated bibliography on Jordan by the Model Arab League.

Here is the summary of that article from page 6 of the bibliography:

Duane Alexander Miller, “The Episcopal Church in Jordan: Identity, Liturgy, and Mission,” Journal of Anglican Studies, Volume 9, Issue 2, September 2011, pp. 134-153.
As in a few other Arab countries, Jordan is home to an indigenous Christian community. Jordan is interesting in this regard, as the Anglican Communion, also known as the Church of England, is present alongside other denominations like the Eastern Orthodox. For various reasons, the historic tensions between Christians and Muslims, as well as between Christians and Christians of other denominations remain a consistent suppressed issue. Written from the perspective of a Western Christian observing the Anglican Christian community in Jordan, this article explains the problems that the Jordanian Christian community has encountered in modern history due to their identity. The author then makes suggestions that may help resolve some of these issues and improve levels of religious freedom in Jordan. In similar Arab countries, analogous changes may improve levels of religious freedom overall.

The article, ‘The Episcopal Church in Jordan: Identity, Liturgy, and Mission’ can be downloaded or viewed at academia.edu.

This was published last year but I had not posted it to my blog yet. This brief article includes a historical sketch for Christ Church (Episcopal/Anglican) in Nazareth, and a description of the liturgy as it presently exists.

Miller, Duane Alexander. 2012. “The First Church of the Diocese of Jerusalem: a work in progress–or maybe not?” in Anglican and Episcopal History Vol 81:2, June.

Other articles by the author on the Episcopal/Anglican community in the region are:

Church of the Redeemer, in Amman in Anglican and Episcopal History

Cathedral of St George the Martyr, in Jerusalem in Anglican and Episcopal History

“Identity, Liturgy and Mission: the Episcopal Church in Jordan” in Journal of Anglican Studies

Sometimes you happen across a very rare document and are able to scan it (though the quality is not great, sorry) and share it with the world.

Here, for scholars Protestant mission in the Holy Land, is the rare Facts and Needs: Palestine Church Council (1925). It contains a summary of the CMS-PNCC ministries in the region. It is a treasure trove. 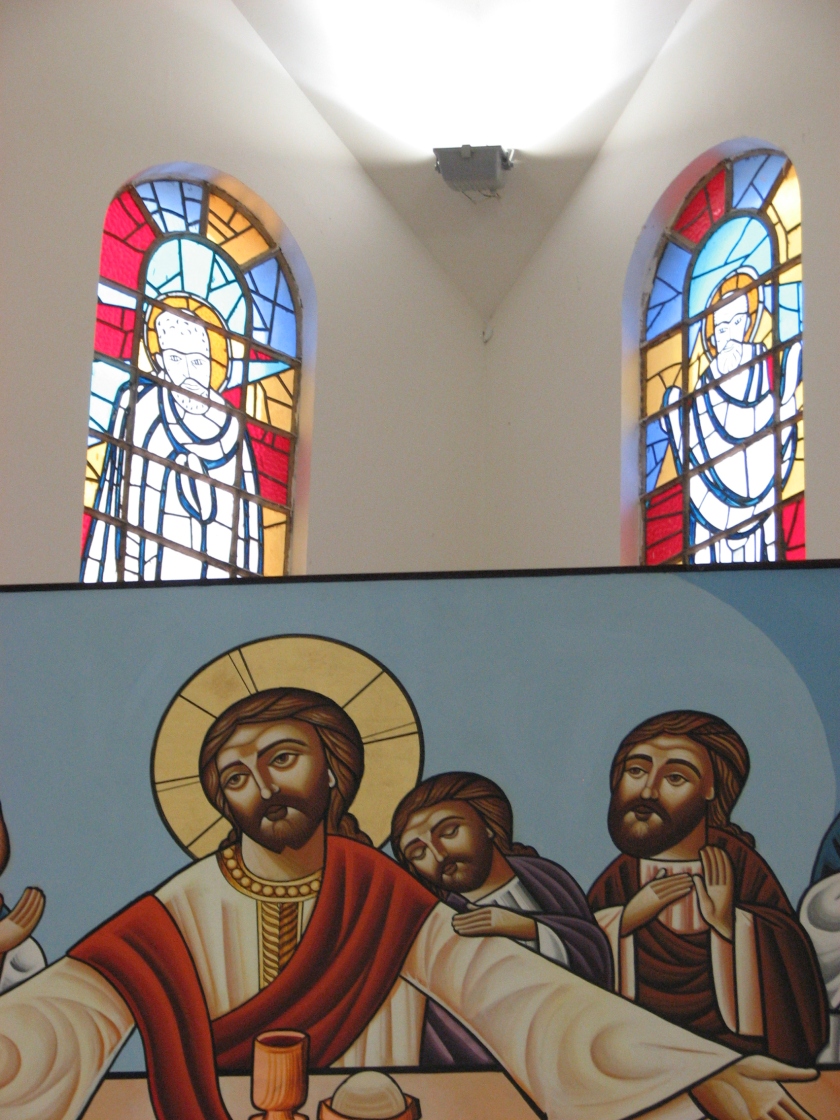 Murals and art in All Saints’ Cathedral (Anglican/Episcopal) in Cairo. All photos ©Duane Alexander Miller 2013.

Additional pictures can be found at my Flickr page.

Temple Gairdner is one of the great figures in the history of Anglicanism in Egypt, and in the history of Christian witness to Muslims as well. A colleague took this picture of his grave in Old Cairo and gave me permission to publish it in the public domain. 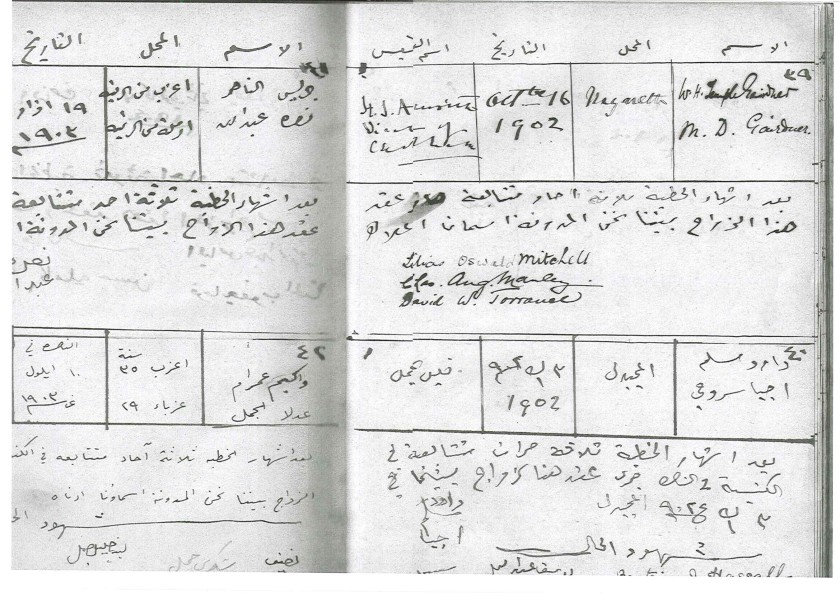 Image of the marriage registry from Christ Church (Nazareth) for the marriage of the great Anglican missionary Temple Gairdner of Cairo. The Gairdners’ names are in the upper right-hand corner.